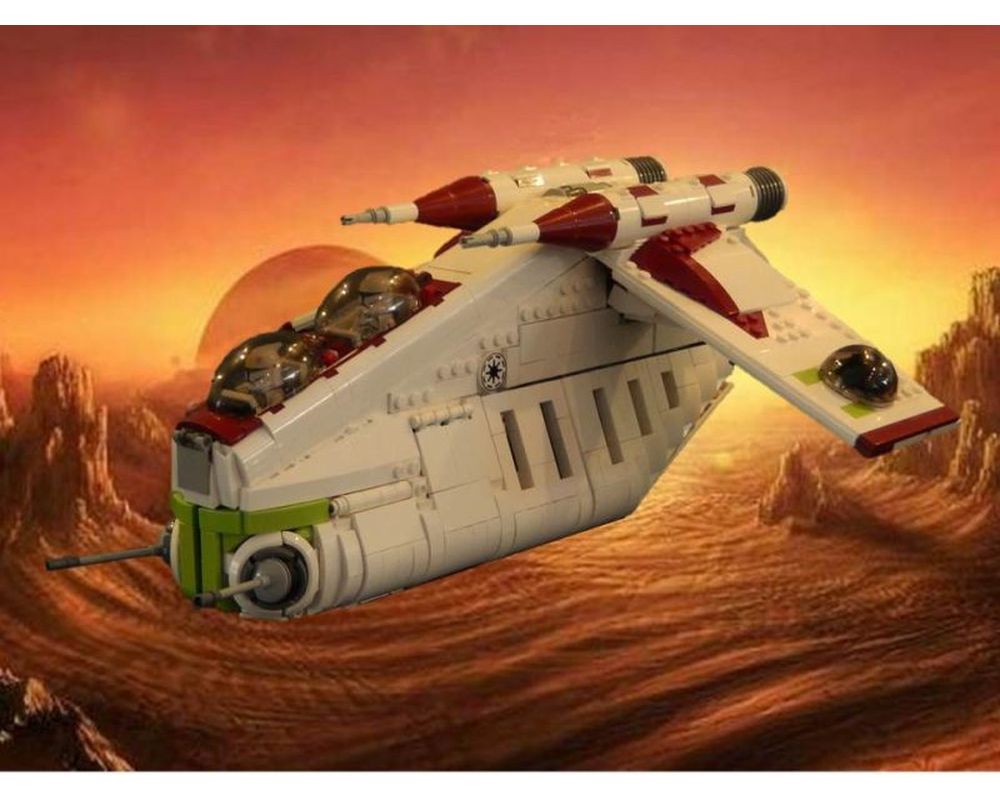 Gif animation of building the MOC

Nice view from under side Another view from under side Comparison between this gunship and its official LEGO brother It looks even cooler in a Venator Hangar 
I made an updated version﻿ with some improvements. I hope to post its instructions soon.
Here is a picture of the improved version. The improved version has wings that are one stud longer. The wing turrets have been modified. Also the front door has added detail to it. 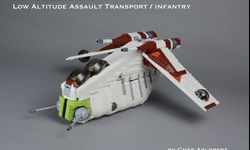 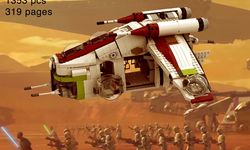 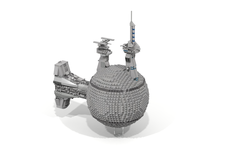 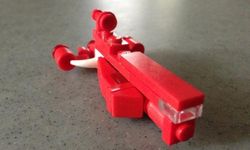 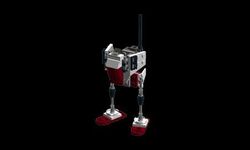 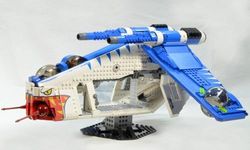 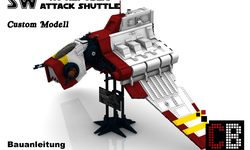 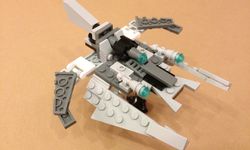 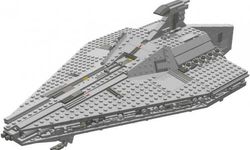