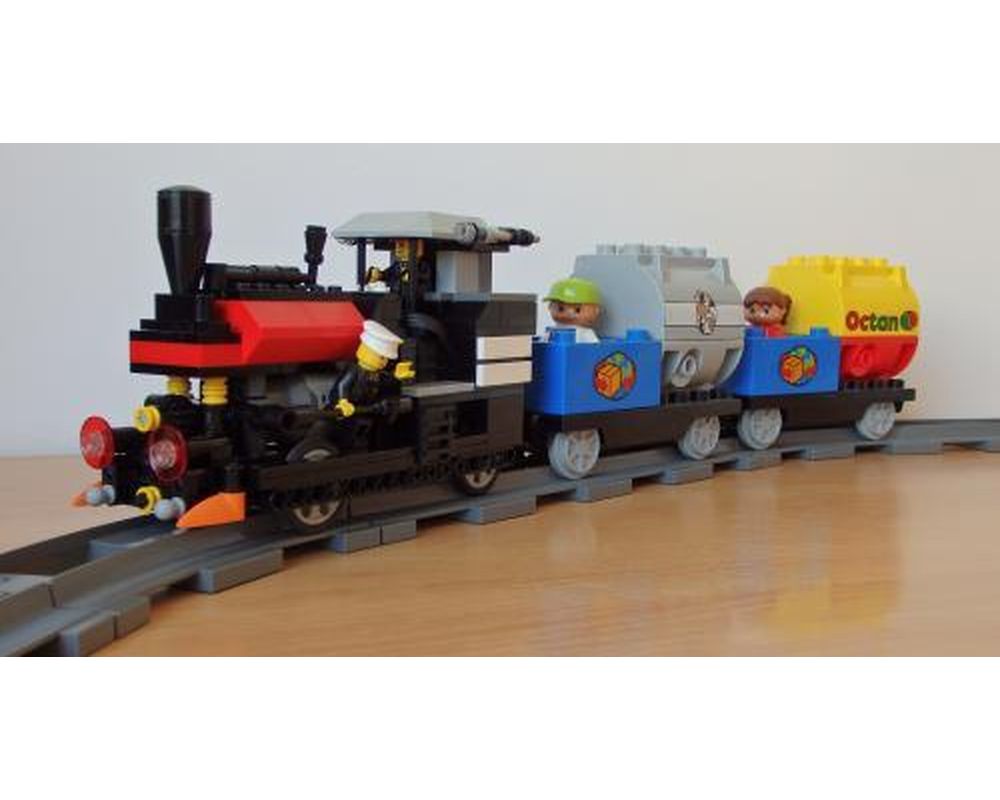 It's a RC locomotive created with both Technic and traditional bricks. It's capable of driving on Duplo tracks and pulling Duplo wagons.

I attach the following:

There are details where the model differs from its realization. I've replaced some parts I did not have with few equivalents that were available for me.
The differences are minor: using tiles instead of grills, single bigger brick instead of several smaller ones.

I was building the locomotive following the two goals:

1. it should be able to drive on Duplo tracks like original Duplo locomotive,
2. it should look more or less like a steam locomotives from the old times.

The first goal was the hardest to achieve. Almost each problem needed individual solution:

Experiments lasted very long. I've developed and tested plenty of ideas. I've made countless number of attempts to get the locomotive working as it should.
The first properly running prototype had two M motors (what looked for me rather cumbersome). After a longer break I decided to return to this project.
So I've started to implement and test the new solutions over and over again. But still either something did not work as it should (or when it did, something else turned out to be broken), or I did not like its appearance.

But finally it is! (and now I'm thinking about something resembling 'electric locomotive' or 'diesel locomotive', hoping to build it the following year)

The developing and building lasted from 5 to 6 weeks (excluding time I've spent for creation of the prototype – being, in fact, a totally different construction, but solving the above problems also). I’ve spent usually few hours during each evening.

To summarize, I'd like to mention remedies allowing me to overcome the problems:

- placement of the rear wheels is asymmetric (their gauge is half a stud shorter than a gauge of the front ones),
- use of the pulleys with gum tires as wheels (gear wheels were tested too - as in original Duplo locomotive, they are outer parts of the rear wheels - it's a smart way of climbing the railroad bridges),
- use of the red 2x6x2 weight brick,
- four-wheel drive,
- creation of a custom frame to hold three, small, 12-tooth, gears in a straight line - to place a large PF motor as low as possible (such frame as a part does not exist, or I don't know it),
- reinforcement of the construction in the most stressed places,
- creation of guidelines for composing routes with the uncommon tracks (like switches), as unfortunately not every route can be driven by the locomotive successfully (without derailing).

I hope you'll enjoy the MOC. And hopefully someone can take inspiration out of it and have a good fun!
Login to hide ads! 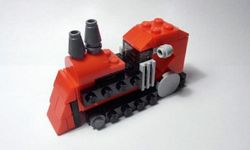 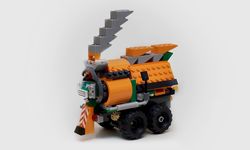 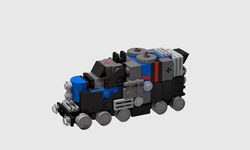 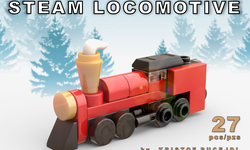 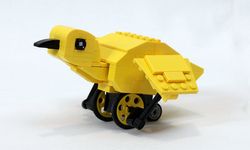 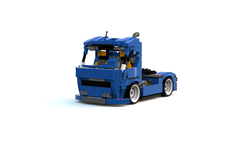 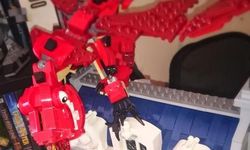 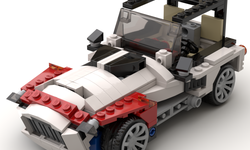 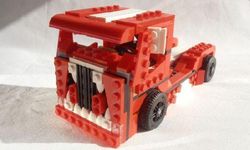 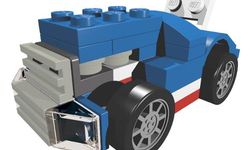