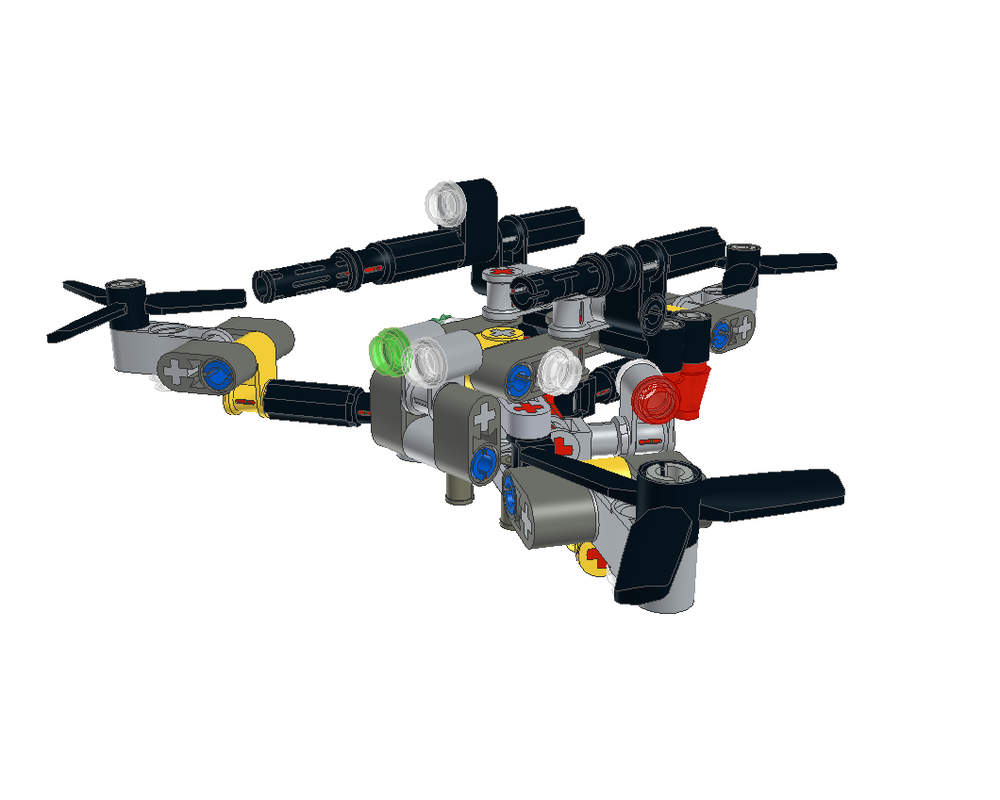 Straight from my personal SciFi Universe, I share with you the Prototype Wasp Automaton Technic MOC.
.
About the Design: This MOC started out as an attempt to create a MOC around a specific, often unique, Lego Part. In this case, the Lego Technic 3-Blade Rotor (part #44374). Since the part was listed as a "rotor" part, I opted to go with an aircraft based on a three-sided theme. I briefly considered aircraft, until my mind wandered across modern drones. I then began to think I would make a mini, or micro moc, around the three sided part. As I began to add pieces, it became clear that things were getting too long to fit a mini, or micro theme. So, I rolled with the fact that I would be building a "small" sized Lego model range (currently $10-$14 Technic Kit group). And things just "evolved" from there as part after part went on, a drone soon became an Automaton, and I began to like the concept for my new sci-fi universe. After studying the shape and considering design factors, it was realized that the size and scale would make it worthy of an insect-like name. I thought of mosquito, hornets, bees, scorpions and finally settled on Wasp. Once I had the name, I then began deciding what features a Wasp Automaton would have to make it useful. Eventually, I arrived at the prototype design presented here.
.

This prototype Automaton is a low ranking common production unit for the story's antagonist. The Wasp, comes in three configurations (as noted so far by the resistance forces): a recon unit outfitted with an array of cameras and single shot weaponry, a sentry unit featuring long shot and standard cannonry plus the addition of two large nuclear battery packs having an energy delivery life of approximately 14 months of continuous operation, and the final most common configuration as we see here in the prototype Assault Wasp Unit.
.

The assault Wasp unit has a standard power supply allowing continuous operation for approximately 1 month before returning to be re-outfitted. In place of the extended battery packs, an assault Wasp is fitted with four drop bombs having a lethal radius of approximately 50 feet and are used whenever an assault Wasp has come upon unsuspecting resistance fighters, or during strafing runs in combat to take out resistance vehicles and heavy weaponry. Usually, an assault unit rarely ever needs to return due to battery failure. It's effective hunting and kill rate rarely sees more than a few days worth of use.
.

Unlike the recon, or sentry unit, the assault Wasp will go into low power mode and park in a low visibility place. This may be atop, or within ruins of small towns or cities across the planet. Thermal and infra-red sensors cover the assault Wasp's body and when triggered, an assault wasp can deploy its lift motors and be airborne in as little as five seconds, as current battlefield data reports.
.

Of the three configuration known to exist, the assault Wasp is the most often encountered during strategical efforts to recover land across the continents. Recon Wasps account for only 10% of all confirmed sightings, and battle data. They are most noted for appearing following a battle in which territory, has been gained, or reclaimed from the human resistance. Sentry Wasp Automatons have only been confirmed in 5% of all sightings as they are often the last line of defense towards an Automaton Stronghold.
.

And while assault Wasps are the most common of all Wasps, and of all Automaton aircraft, they are never to be underestimated for their lethal risk as early resistance losses showed in records since the war began 15 years ago.
. 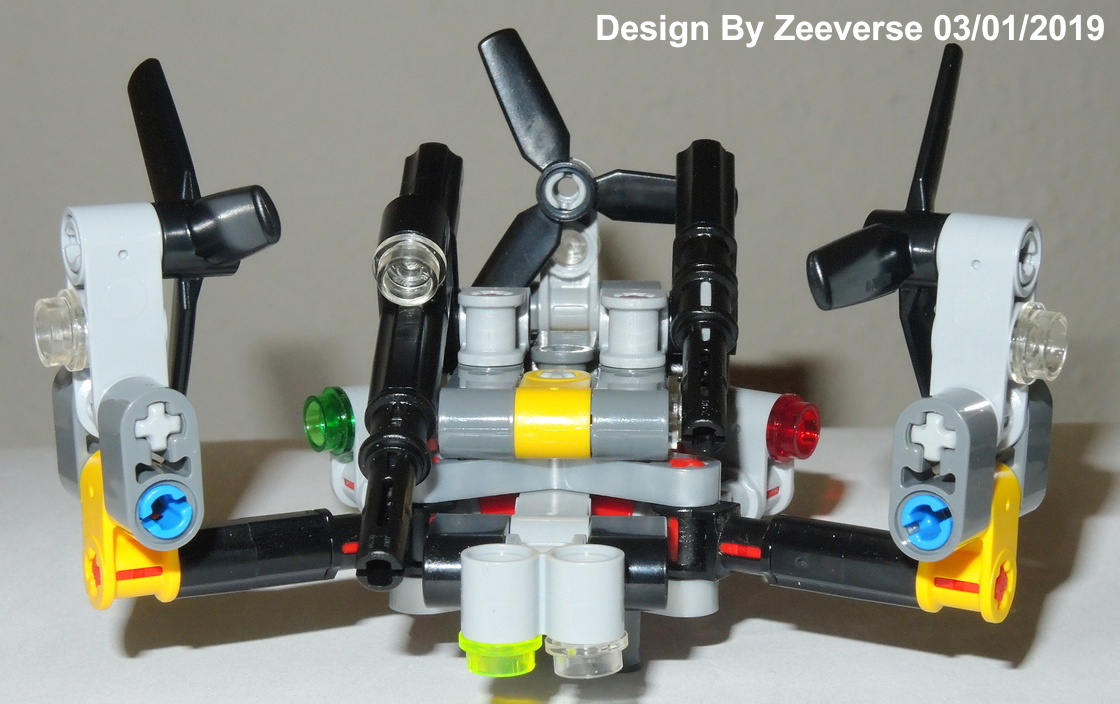 Front View of an Assault Wasp Automaton in standby mode. 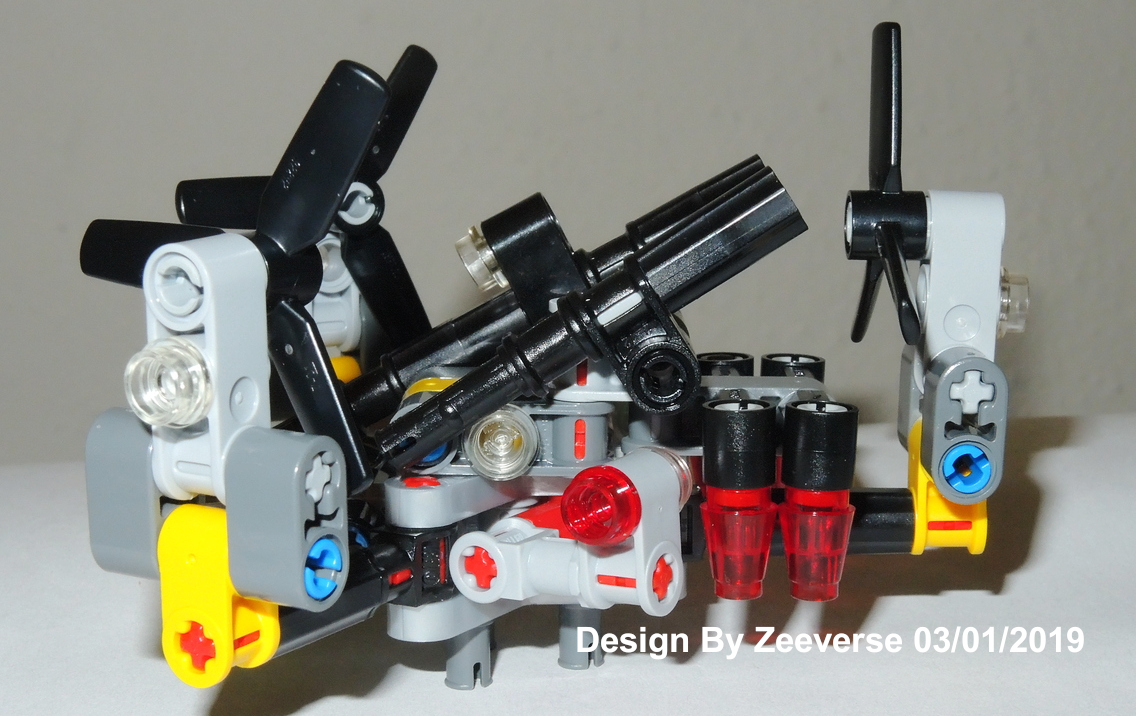 Left Side View of an Assault Wasp Automaton in standby mode. Note guns positioned down at full rest. 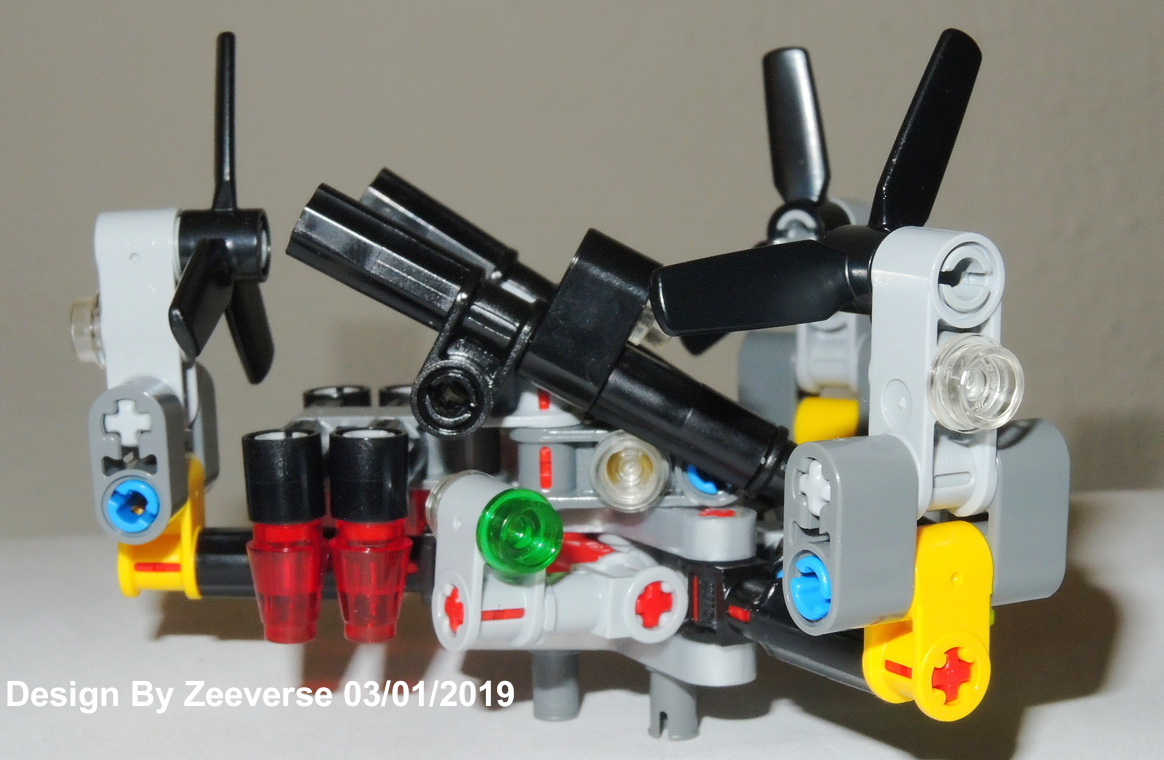 Right Side View of an Assault Wasp Automaton in standby mode. Note 2 of 4 red tipped gravity bombs at rear lift structure. This is where the Batt Packs would be placed for a Sentry Wasp. 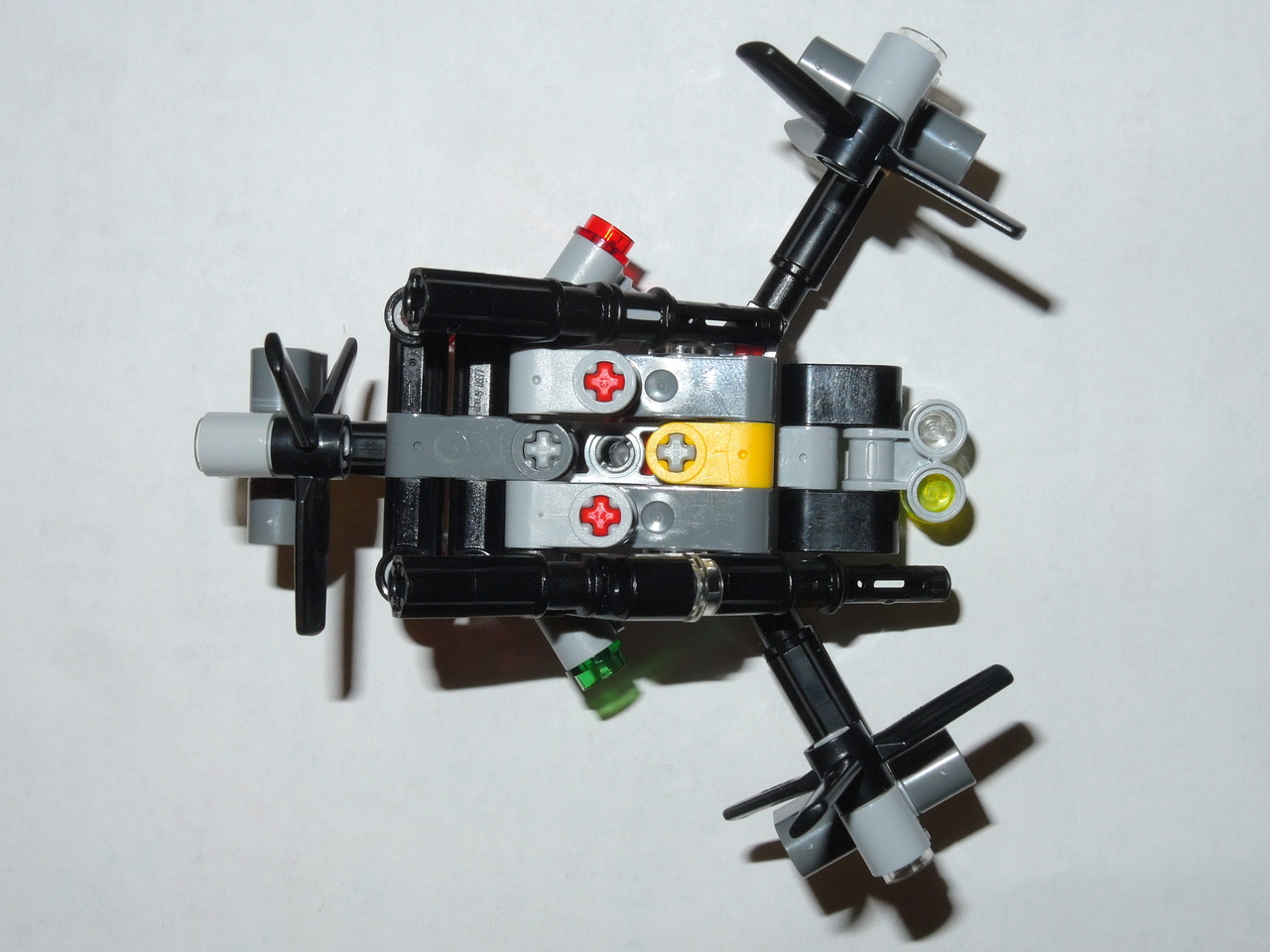 Top View It is currently not known why the Wasp brings its lift rotors into a vertical position. One speculation is to make gunfire harder, while the unit comes out of standby mode. 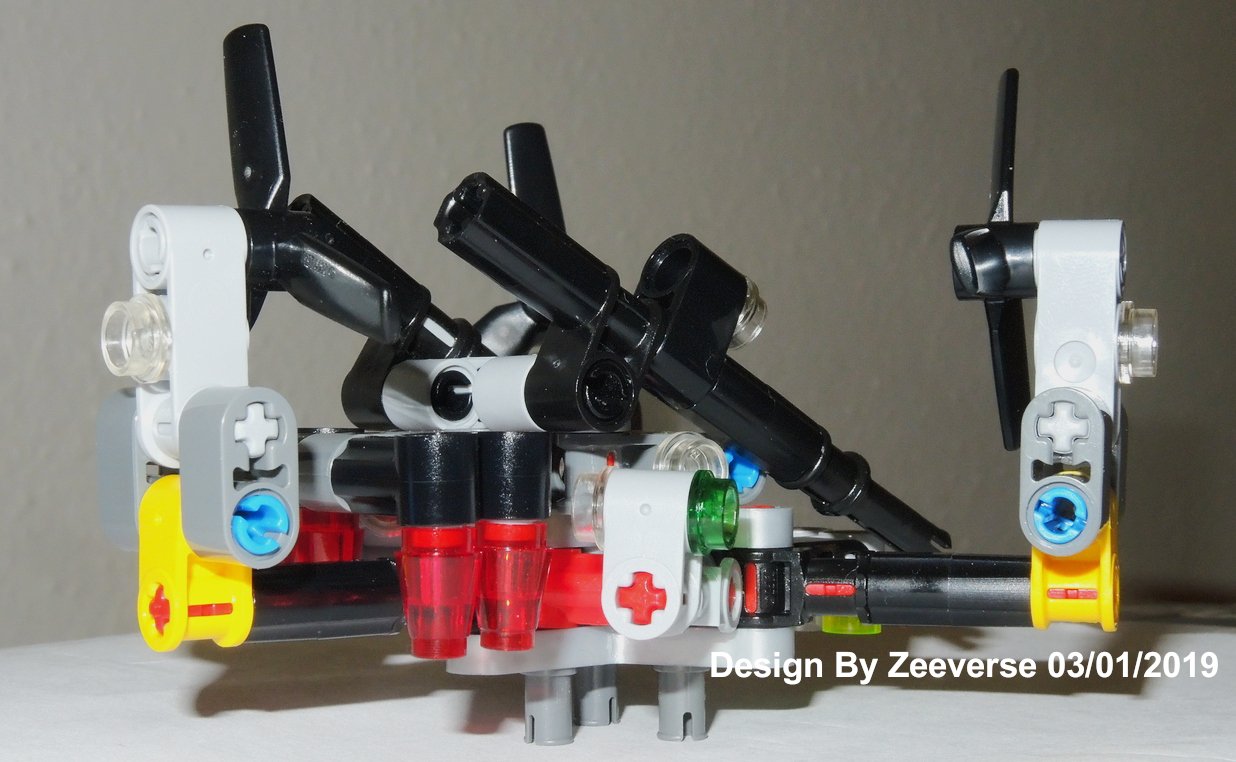 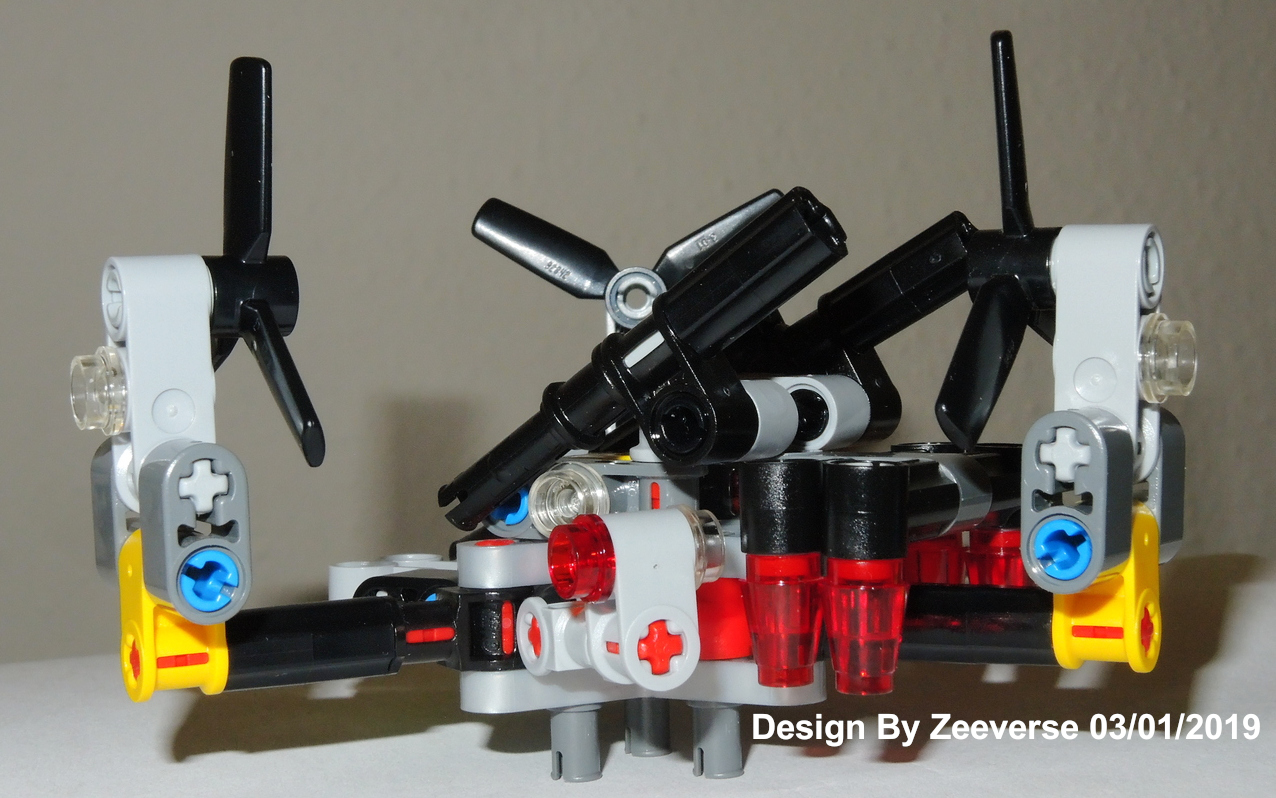 Left Rear Quarter View shows symmetry in the design with the exception of a left mounted red lens sensor as opposed to the green sensor on the right side. 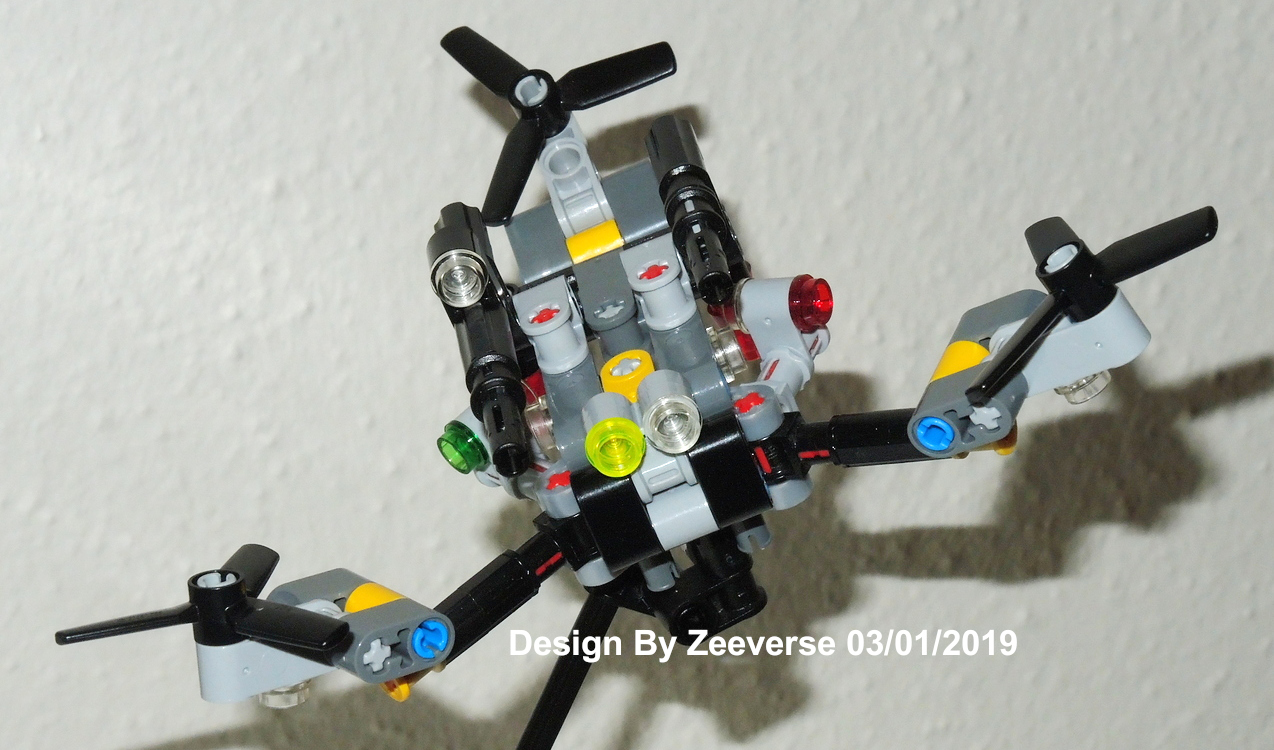 Assault Wasp in cruise mode. Note the guns stowed in a parked position. 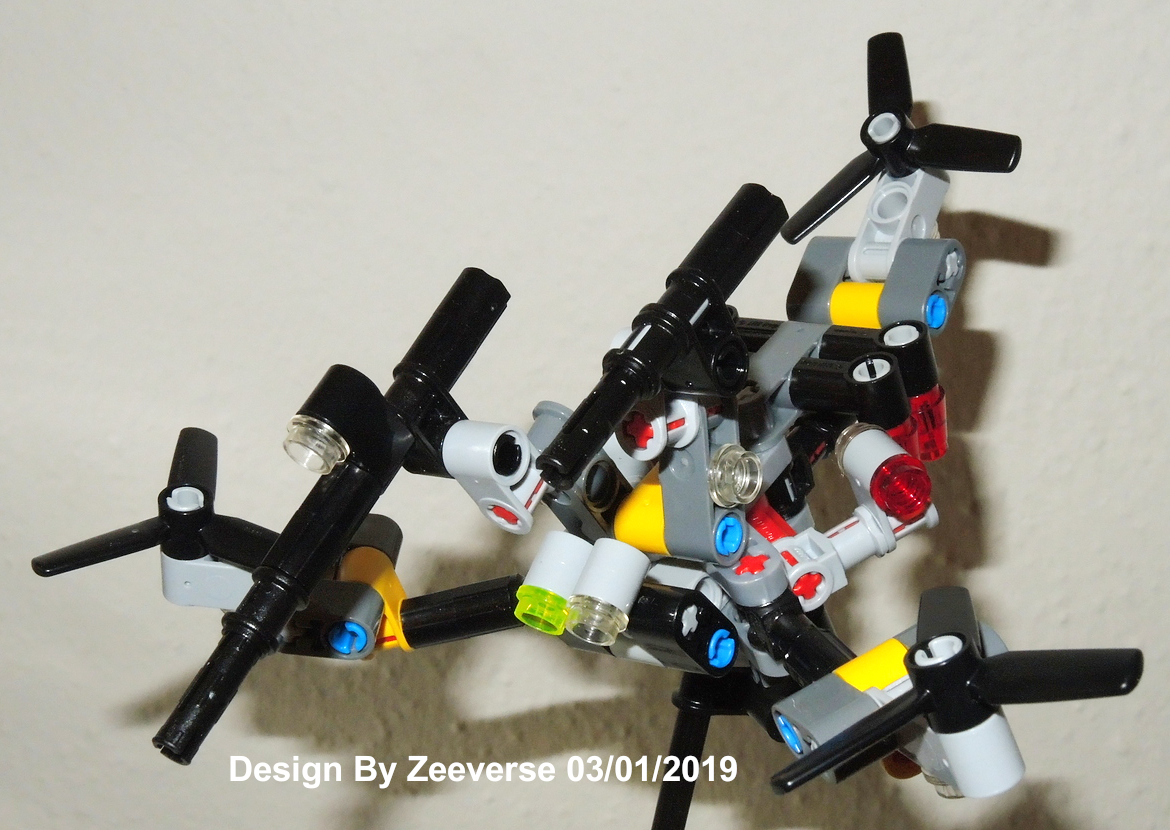 Assault Wasp in the all too well known dive shooting sequence. The Wasps large canon can be set by the unit to a large target, while the Wasp uses the small gun to take down resistance fighters on foot. 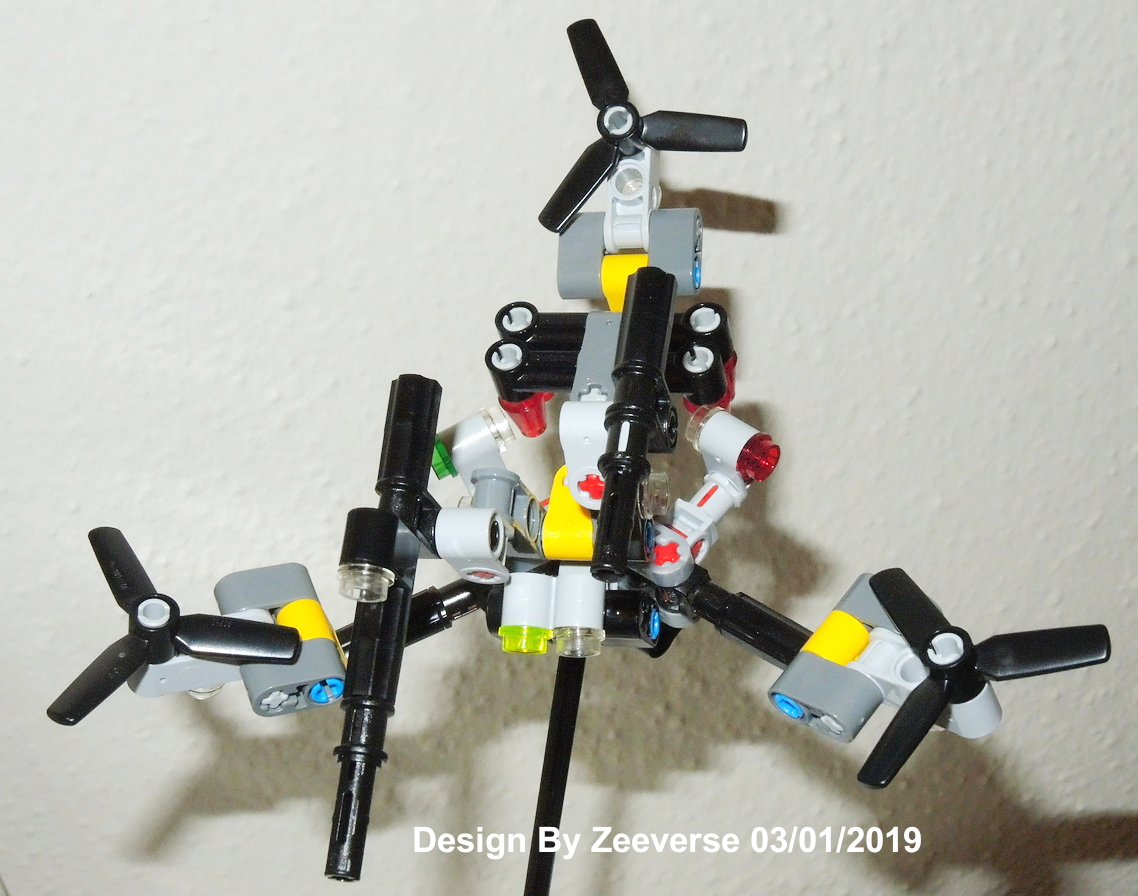 Assault Wasp in full dive mode. Note that the Wasp's operate its lift rotors independently of each other. This greatly increases its maneuverability. 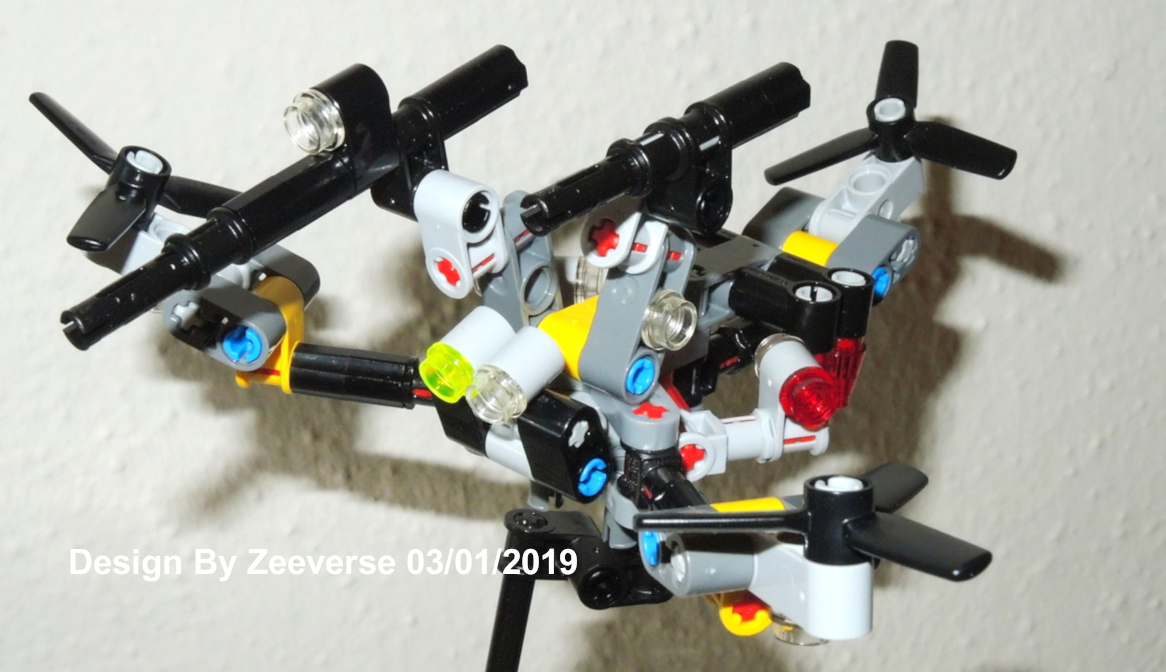 Assault Wasp in strafing mode. Note that guns on the Wasp are almost never synchronized. Each operates independently of the other.

Assault Wasp in Right Quarter Down Angle View. The Wasp is clearly leveling out, and resistance forces should take note that a Wasp rarely levels out in flight during combat. A level flying Wasp is proceeding into a bomb release. 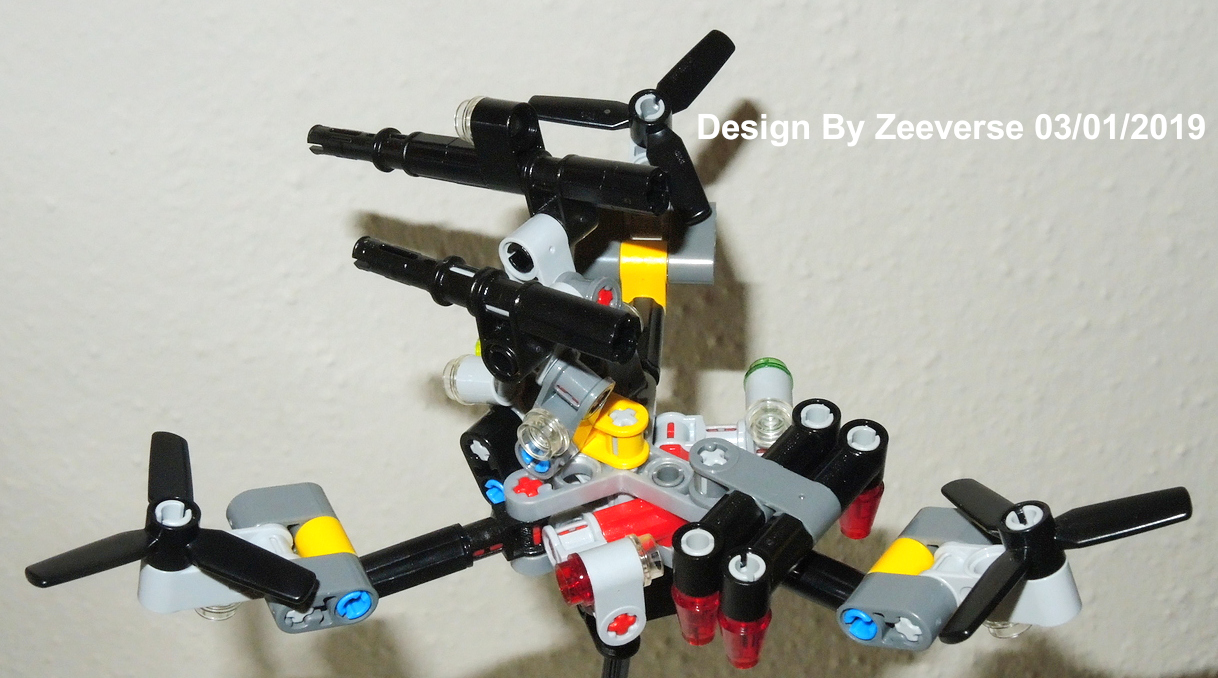 Additional shot of a Wasp clearly beginning a bombing attempt. 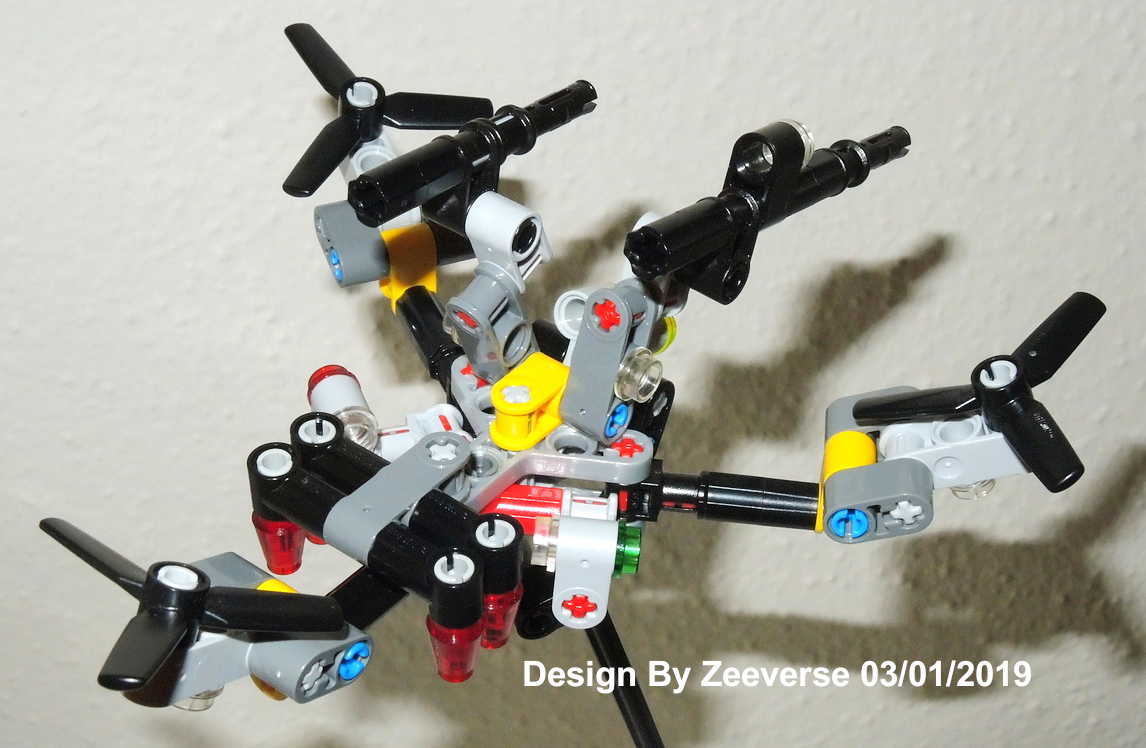 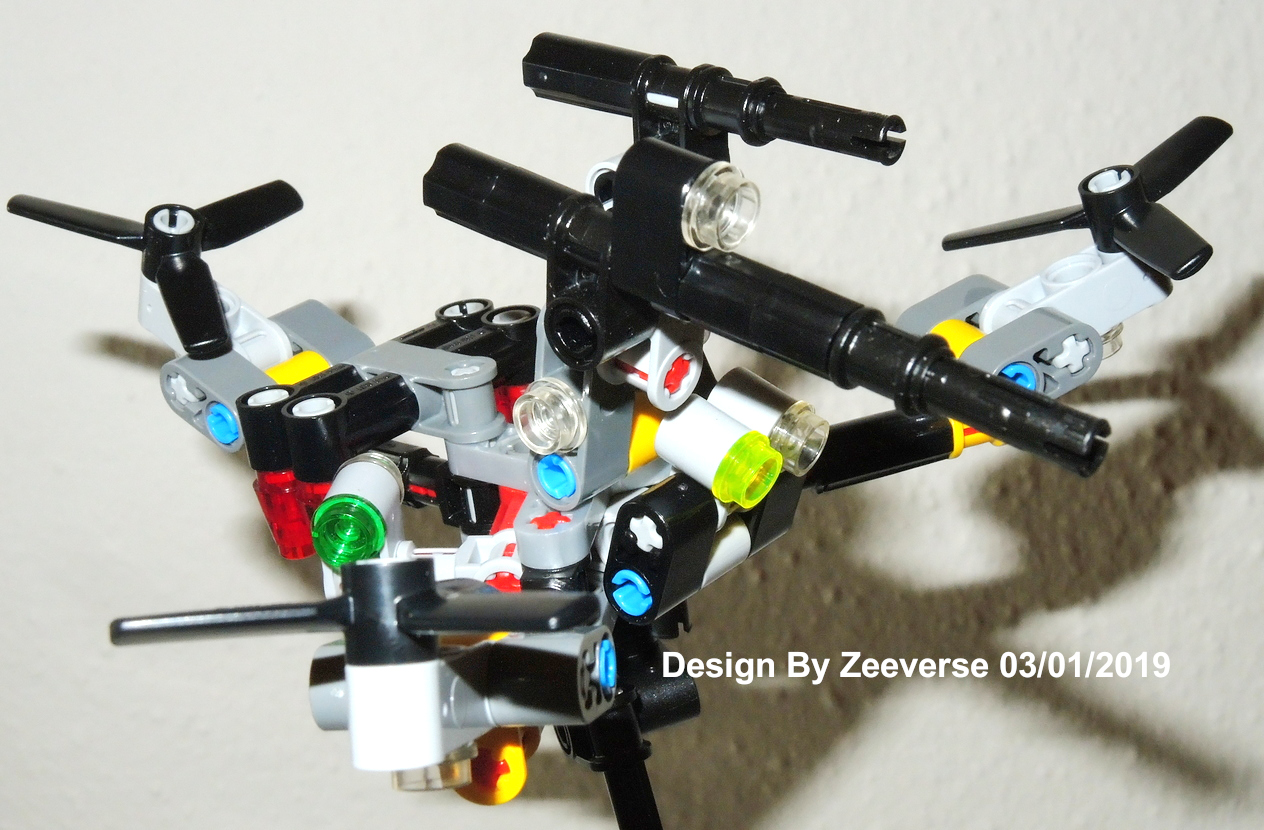 Right Front Quarter View of a Wasp in a sweeping right turn shallow bank. Notice the Wasp's different lensed optics. The clear lens is for close range, while the trans green is suited for night ops infra-red, as well as long range targeting.

Right Rear Quarter View of Assault Wasp in shallow banking turn. On occasion it has been observed that a Wasp with lower its inside turn rotor to perform a slip (a method of moving sideways in airspace). Again notice the guns operating independently of one another.

This concludes the study of the Assault Wasp Automaton Prototype. While it is not a perfect machine, it is as the antagonist intended: nimble, quick, aptly armed, and outfitted with bombs. Assault Wasps typically operate in multiples of three, where twelve Assault Wasps form a full fighting group in large scale combat. While the Wasp is the least armored of any of the Automatons, its air-superiority and nimble capabilities make it a difficult target at long ranges as reported by the resistance fighters.
Login to hide ads! 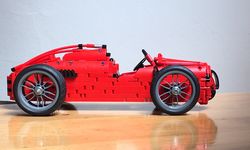 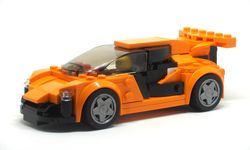 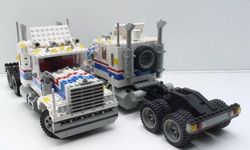 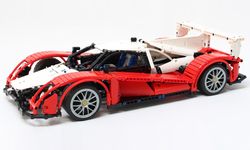 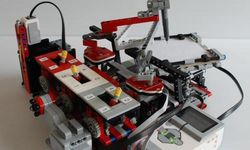 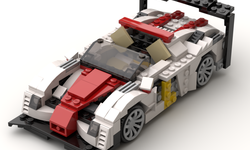