The Twin Turret is a complete redesign of the LegoTechnic Automatic Turret remotely operated with Power Functions. The same shooting mechanism has just recently been implemented into twin rotary cannons.
The goal was to add a twin gun, remove the long clipholder and maintain the number of rounds. The present version doubles the rateof the guns operating out of phase preventing further load on the motor. The automatic reloading mechanism is based on the gun barrel motion driving theshells into the barrel, locking them in position and moving the next round intoposition after firing. Despite of the complexity of the mechanism, the twin gun works surprisingly reliable.


Construction notes:
The entire mechanism is highly integrated making the building rather difficult. I added an lxf file with a single cannon that is cut into smaller pieces. Build those pieces and joint them. This makes the building easier. Correspondingly build the mirror image of the second cannon.

The following aspects need to be considered during construction:
1. The shooting mechanism is based on the yellow rubber bands that are installed like this. Instead steel springs can be used that are installed like this.These are later only difficult to access. So start with installing those.
2. Build the two guns independently. Once finishedinstall the technic axle 11 onto the small gear in one gun (e.g. the left one). Do this as follows: place the Technic Gear 8 on the large Technic Gear 40 and
roll it into position. Remember the exact initial geometry of the teeth and especially the centre cross before the rolling in.
2. The main difficulty is combining the two gunsout of phase. Place the two guns in parallel next to each other (the large Technic Gears 40 are bound to have the same position on both guns due to the spring load). Then flip the right one backward so that the barrel is facing the otherway and the downside of the gun is facing upward. Install now all the components on the technic axle 11, with the exception of the Technic Gear 8 for the right gun. Now roll the Technic Gear 8 on the right gun in exactly the same way (I told you to remember) into position and push the axle in.
3. Now comes the hard part: rotate the guns around the Technic axle 11to align the barrels parallel. You now must squeeze the motor onto the black pins and get the red connector (for the worm gear axle) in position. Nothing gets damaged, although at the limit of elasticity. The problem is to prevent the technic axle 11 from slipping off the small gear. This would put you back to item 1.
4. In case you want to have remote angle control you can use an SBrick and download the LXF file for complete remote control here.

Good luck and have fun with it.
Login to hide ads! 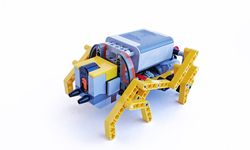 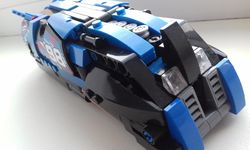 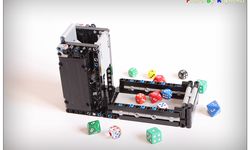 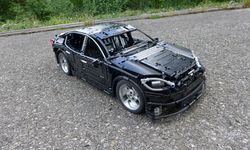 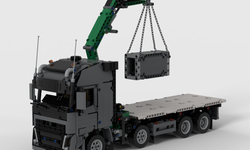 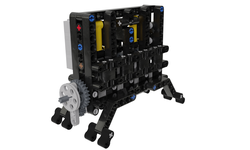 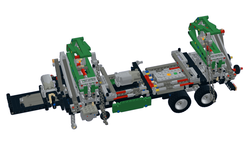 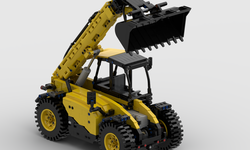 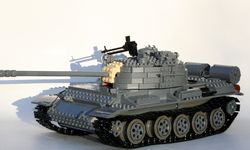 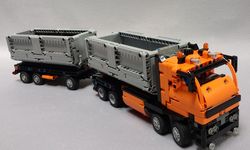