Exploring the possibilities of PoweredUp

In Memory of Simon van Meygaarden 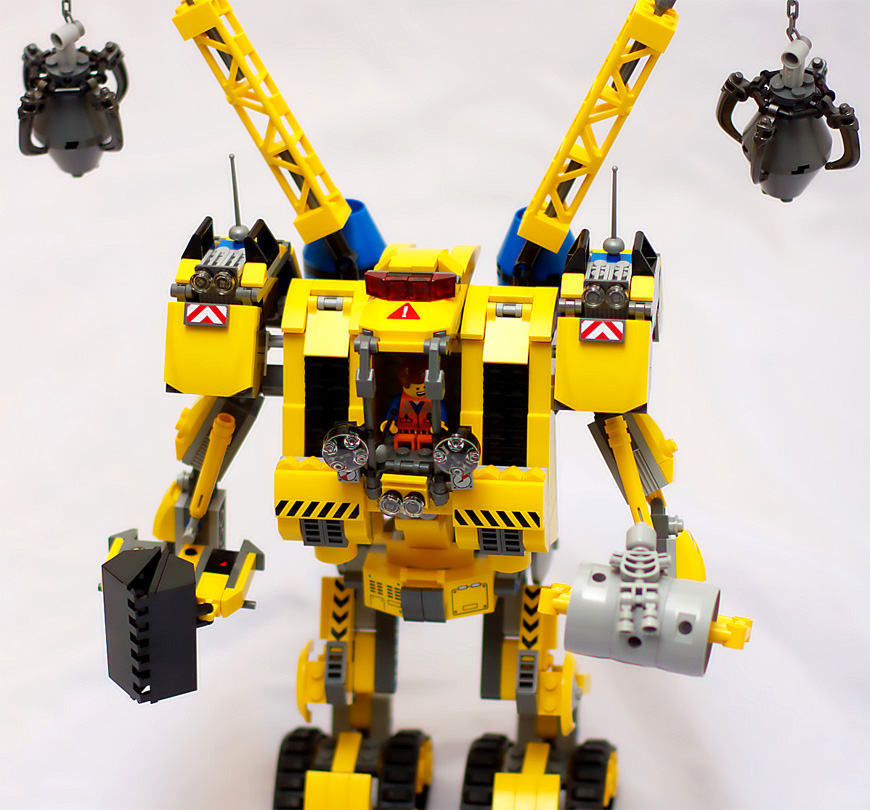 Before we start building one of the second wave of LEGO Movie sets. I want to thank Nathan to give me the opportunity to do my first review here. For some reason still unknown to me I'm allowed to step out of the shadow of my inventory-admin-cave and get rich and famous.

Inside the box we have:

There are 707 parts in this set, as shown in the full inventory. Booklet and Stickers Sheet are delivered with an cardboard. So buckling of both parts is prevented. Nice ! Emmet is the only conventional minifig in this set. His head has two impressions, one of them is new. Then two Skeletrons already introduced in MetalBeard's Duel which was reviewed by Nathan some time ago. And last but not least: Angry Unikitty. She is in time of writing exclusive to this set. Also the first utilization of mid orange plates and the red drilled horn. All printings are superb but I have to admit Unikitty is my favorite amongst the minifgs here. After building the minifigs from the first bag, the rest of parts goes to the construction mech. I have to admit I didn't understand what I'm currently put together until the printed 1 x 4 Tile appeared in the manual. Talking of this part – this printing is custom to every set, so modified the pictures to conceal my specific code. The code can be used to unlock a 'surprise item' in one of the console version of The Lego Movie videogame. The printing itself is rough and gave me the impression it is powdered not printed. The building using a lot of yellow, bluish light and dark gray bricks. But also red, blue, black and green pieces, even through most of them not visible in the final build. While Emmet is still confused what to do with the spares. I'm opening the second bag. With the second bag the torso of the mech is finished, which utilize eight of the new yellow 1 x 1 plate with vertical tooth. In my point of view is a nice part addition for MOCs to add some dainty look to a surface. In this building step the first set of the 14(!) stripes stickers are applied to the torso. Emmet loves his new plaything, kitty obviously so much. This bag also features the Cockpit for the minifig. The roof with headlights can be lifted to enable Emmet easy access. The headlight and gauges are a nice addition but tend to fall of while playing. Finished with bag two both skeletrons seems to be interested in the spares. So it is time for the the legs to fight them off. With bag three the amount of Technic parts increases dramatically. I can't think of a single non technic set where I have seen so many ridges. On of the two legs uses 20 of them which is remarkable and an interesting contrast to the more Bioncle type building of the other mechs in my possessions. But enough talking it is time to crush these spare thieves below my freshly mounted tread. I was surprised how stable the mech is standing on those legs. Even through with later additions it tends to tumble backwards especially if the torso isn't in the most lean forward position. I think another click for the rotation joint parts would have helped. Another issue from my point of view is displayed by one of the skeleton minion. The two yellow technic beamsholding the complete weight of the model. I'm afraid if kids start to play around and increasing force from the top while pushing the mech around will break one of the L-shape beam sooner or later. With opening the fourth bag I pushed my concerns away. Now both arms are build and the assembly is refreshing varied. To be honest it is hard to avoid similar steps while building a mech, but this set keeps it to a minimum. While the left arm is stolen from a road roller, the right arm added some nice playability with two digger buckets. Those buckets are pressed together by a rubber band and can hold something... maybe ... ha he will never threaten my construction again ! Both arms are movable, but the roller can't reach the floor . Sadly some bonus points missed here. With the last bag the construction is finished. Adding shoulders, crane extensions and some cement mixer things to the bag of the torso. Those blue cylinder receive four big blue and white striped stickers. For my point of view printing those would have been a welcome addition. To line the stickers up properly lot of precision and skill is required. Something I don't have :-(

Both shoulder parts give the model a massive and more dangerous look. The last step is adding both crane arms with demolition balls attached to them. Even through the playability is quiet limited, the arms increase the size of the hole model to awesome 35 cm. For me it is the biggest mech so far, even without 10 cm extensions the model frightening all other robots around. My loved Lloyd Ninjago-Mech looks like a dwarf against this monster. Emmet is a poser! I have to admit I'm a huge fan of mechanic walking constructions in the size of a Lego house. So I was very happy to given the chance to review this particular set. The overall build was very entertaining especially the possibility to have a playable something after the third bag. For me also a big plus is the avoidance of the flick missiles here. Please don't get me wrong I'm not against this feature but they are kind of overused these days and not needed here. This mech is big, bad and will crush everything with his treads.

Compared to similar constructions the overall stability is good, only parts of the cockpit roof and the two crane arms tend to fall off. I have to remove those arms anyway to fit my small display at home. So it is ranked in my top 5 of Lego Mech in my possession, which is (at least for me) a decent result for a city derived set.

Check out the rest of the photos taken during this review at my Bricksafe page.

This set is now available for sale for USD $59.99 via Amazon, eBay, LEGO Shop, or check the country specific links on the set's details page. 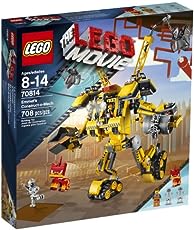 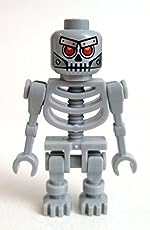 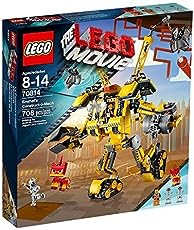