...according to your trusted Admin team. The New Year is upon us, we wanted to share some our our personal favorites from the past 12 months. This list is based purely on sets we enjoyed most (for whatever reason) and not any specific criteria. Enjoy!

Opening our list is from LEGO's own Ninjago theme. Set 70677-1 Land Bounty is the second largest Ninjago set released this year, that's especially impressive considering this is based on a vehicle. Tobymac reviewed this set (read it here) and was impressed by the accessability despite the complexity. Concluding his review saying "The build is very enjoyable, and the end result looks amazing."

It packed in a bunch of new elements, a lot utilizing the modern Dual Injection process. And more red than is found in a strawberry field. This set did have a high price tag though, with a part cost of 11c, it's definately on the higher end for a non-licensed theme set. 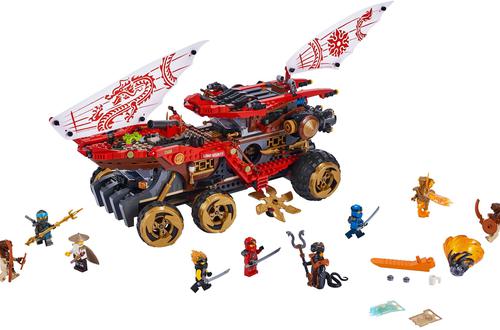 Next, another set reviewed by us (this may be a recurring theme!). The Technic 42110-1 Land Rover Defender gave us a ton of technic, all packed in a realistic model, covered in Olive Green! The new element count for this set is a whopping 22. With 2 totally new parts, and 20 parts in new colors, Olive Green contributing largely to that number.

This was a favorite of Tobymac citing he preffered this to the larger 42100-1 Liebherr due to the amount of Technic involved, whereas the Liebherr had a lot of electronics.

The set already has several Modifications submitted by our community. From a display stand to motorization mods, it's clear this was a fan favorite set. 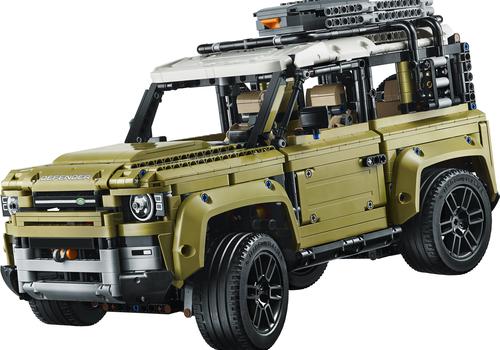 The most festive set on our list (sorry Gingerbread House) 75948-1 Hogwarts Clock Tower gives us a surpringly large set for a decent price. Full of details to please the most hardcore Potter-head, the set is a pleasing build and tons of fun. I reviewed this set this year and enjoyed the build, but was a little let down by some missed opportunities. Nevertheless, this set proved why Harry Potter continues to be a popular theme. 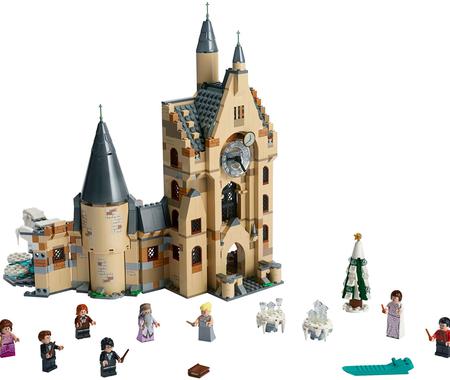 Probably a controversial entry next. Hailing from Heartlake City, Friends set 41381-1 Rescue Mission Boat. Containing so much of LEGO's new color Coral and recently popular Dark Turquoise (first introduced in 1998), the set is bright and is definately memorable (in a good or bad way depending on your viewpoint).

The boat offers multiple levels, similar to how modulars are built, and gives us more nautical elements than ever before. The Narwhal is especially awesome! 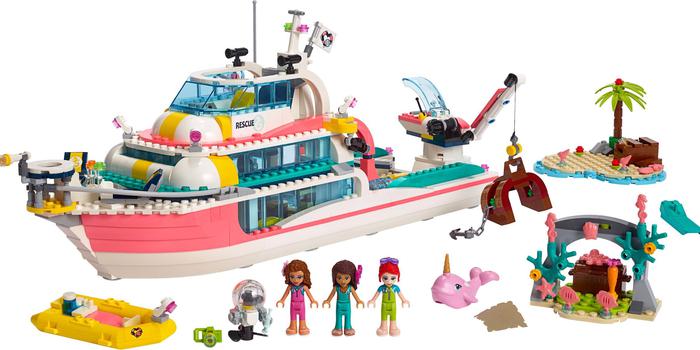 This entry is a personal one for me. Coming out of my LEGO dark ages I didn't really get back into Technic. My LEGO love is cityscapes. But I was fortunate enough to build this set for an upcoming review and I was like a 13 year old again. I couldn't believe how fun and interesting and challenging and just how awesome Technic is. Consider me a born again Technic fan. Of all the sets I've built this year, this may not be my favorite but it's definately had the biggest impact on me.

The actual set is huge, full of interactivity, and looks awesome. It is so much fun my son won't let me take it apart to build the B model (which is delaying my review!). It also contains so many beams and panels, the parts alone make this a great set for MOC building. 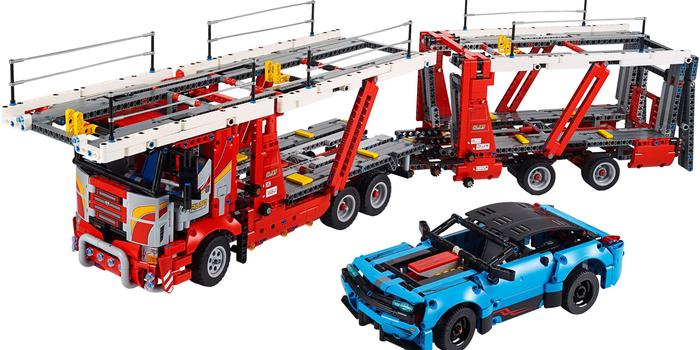 This one wil surprsie you. The LEGO Movie 2 sets were largely ignored as most fans were underwhelmed by the offerings. Maybe we just hit Unikitty fatigue! But 70825-1 - Queen Watevra's Build Whatever Box! delivered a fun, versatile set in the style of the Classic Theme. Without adding spoilers for those with TLM2 still on their watchlist, the character Queen Watevra plays a significant role in the movie. She's a living LEGO set, changing her appearance using a pile of LEGO elements. Her musical number is a highlight of the movie. With this set we can recreate her, it is LEGO at its purest, you are limited only by your imagination.

When I asked the team about this article Thea said this about the set "It was so much fun when the family visited". Sometimes we forget LEGO is a toy, this set doesn't let you forget that. 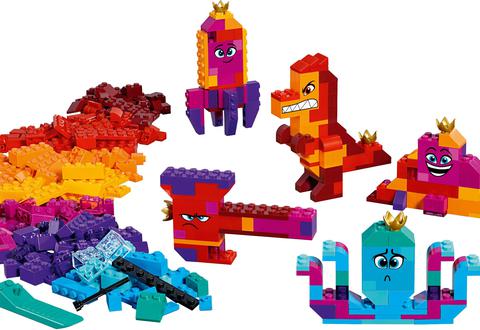 Set 71044-1 - Disney Train and Station was an easy win for LEGO. Disney has such a huge built-in audience, it was bound to sell well. The Disney Castle is 4 years old now and they still haven't retired it. On top of that it's a train set. LEGO trains are incredibly popular.

An instant hit with Tobymac (he will be doing a review soon) this set was almost certainly going to be on our top 10 list even with the controversay surrounding the new wheel elements (how could it not with such an inventive use of Part 61482 Handcuffs). 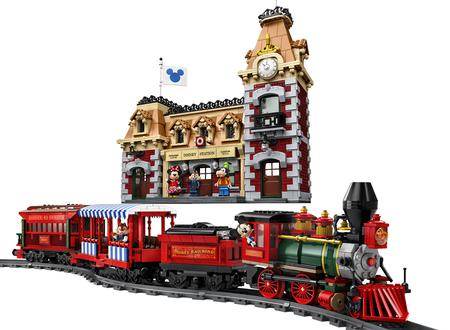 My favorite set takes bronze. Set 70840-1 - Welcome to Apocalypseburg combines everything I love about LEGO. Interesting techniques, impressive final model, city building, and it keeps my kids busy playing with it.

Designer Justin Ramsden has become very popular, designing some of LEGO's best sets in recent years (Hogwarts and Stranger Things being for example). His work here, fitting all the amazing details of that huge wasteland city from The LEGO Movie 2 into a managable model, is just outstanding. I love building a set and just being in awe of how something was designed. This set made me sit back and say wow more than a handful of times.

It comes packed with minifigs from the movie, but honestly, I don't really care about them. The City carries the set and raises it to the peak of Mount LEGO. 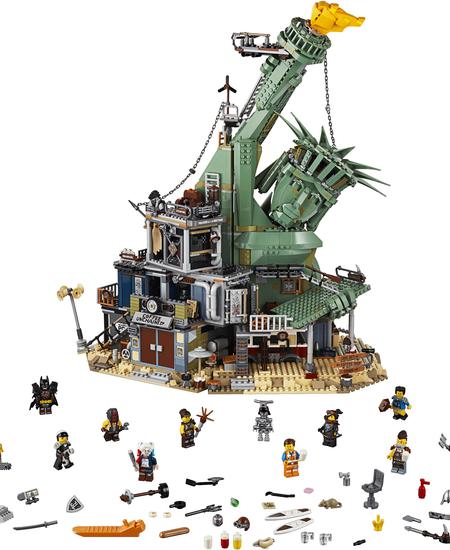 This was probably the most hyped set of the year. LEGO spared no expense promoting the heck out of it. And with such a high pricetag they probably had to. But set 42100-1 - Liebherr R9800 Excavator deserved every single bit of attention it received. Tobaymacs review (read here) showed just what a behemouth this set is. With 2 hubs, 3 XL motors, and 4 L motors, this set was not messing around. LEGO wanted to give us a beast.

It claimed the title for largest LEGO Technic set ever, even though LEGO used 100 of Part 3941 Brick Round 2 x 2 as rocks, they are not actually used in the model and without them the set would be 48 parts less than the next biggest. But even if it wasn't the biggest it would certainly be one of the most impressive. 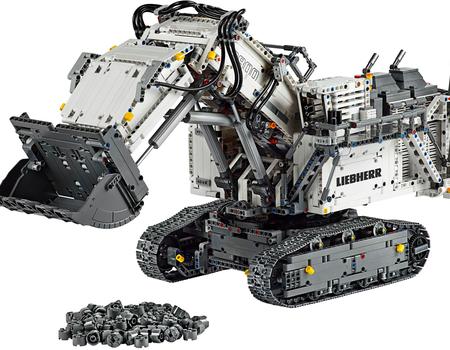 The Leibherr didn't disappoint, and it's no suprise it made it's way to number 2. But which set beat it? What could possibly be better than the Liebherr? Could it be this guy? 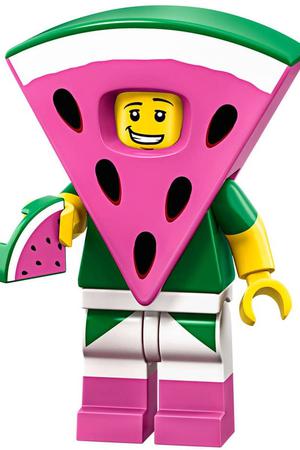 Sorry for getting Watermelon Dudes fans hopes up, but naturally gold goes to the goldiest gold set ever released. 10266-1 - NASA Apollo 11 Lunar Lander was released to commemorate the incredible acheivement of landing on the moon. Not the first model of the lunar lander LEGO have made but certainly the most detailed. It is truly a thing of beauty. This is not your LEGO Space set from the 80's that's for sure. Read Tobymacs review here for a full run-down of why this set takes first place. 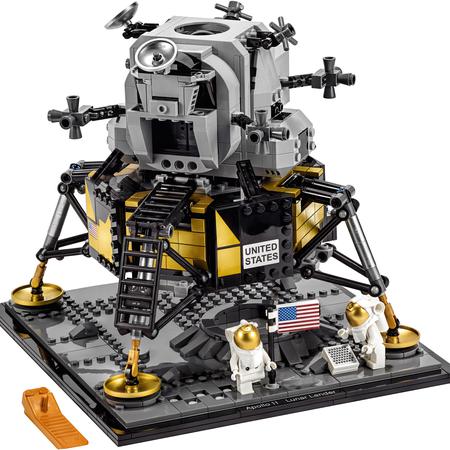 That's it. I'm sure theres some surprises on this list, but that's what makes LEGO so great, we all take away something different (and create something else!) Let us know your favorites in the comments.

Anything said in this post is the opinion of the author and not The LEGO Group.
(© 2019 Rebrickable)