Back in 2014, I met with LEGO to talk about Rebrickable and throw around some ideas for making something awesome together. The one thing that stood out for them was how Rebrickable highlights the value of alternate builds - i.e. MOCs that can be built from just a single official set. With the Rebrickable Build calculations making these MOCs stand out with 100% matching results, they have proven very popular among users. For the last ~6 months, I have been working closely with a select few Rebrickable designers and a small group within LEGO to build out a new website. Now finally, after 2 years, we have something to show for this effort – LEGO Remake.

Unfortunately, the Remake site was released yesterday in a somewhat unfinished form. LEGO are currently scrambling to fix up some errors on the site and add the missing content. LEGO have just made the following statement to try and clear things up (links added by me):

As you might have heard and seen, we launched a new site on LEGO.com called LEGO® Remake. The intention with this site is to provide older children with creative inspiration to what alternative builds they can make with existing LEGO® sets. In order to provide the inspiration, we reached out to 7 amazing fan designers through Nathan Thom, the owner of Rebrickable. The Rebrickable website inspired the LEGO Remake project and over the past 6+ months we have been working closely with the adult fan designers to find a way to make alternative builds to existing LEGO products. Together with the fan designers, it is our aim to inspire children all over the world to keep building. The site is meant to be a real life test, to determine the appeal to children. The fan designers have made some really creative builds within some tough constraints and we are really proud of what they have achieved. All instructions and images are created by the fan designers based on a number of guidelines for e.g. building instruction design and model design. For now, the site is a pilot and not many builds are up yet, but we have more in the pipeline, pending internal tests.

The fan designers we are working with at this time are Thomas Vit, Peter Szabo, Nicola Lugato, Jason Allemann, Attila Baranyai, Bertrand Lequy and Youngil Kim.

The Remake site will be showcasing the alternate build creations from designers who have shown a talent for them. LEGO recognises that the fan community can produce amazing designs and building instructions at a rate far faster than their own designers who must comply with very stringent rules. Plus the effort spent in creating instructions and all the other marketing material around a set release takes a lot of time (and money). The Remake models are somewhere between official LEGO sets and MOCs you would normally find on Rebrickable – they have passed LEGO’s tests but are still 100% fan-designed with fan-created building instructions and fan-taken photography. Remake is an attempt at making this content more publicly visible – and hopefully make Rebrickable more visible at the same time!

The initial content is targeted quite specifically at 7-10 year olds which is why it only contains City sets for now. The designers were limited to 15 specific City sets (only 7 are currently visible on the site) and had to follow LEGO provided guidelines to ensure the models were suitable for the target age range. 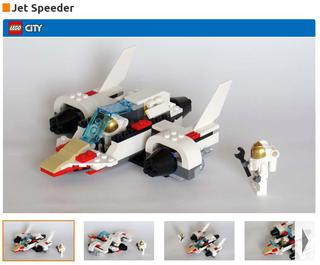 LEGO performed extensive testing and study groups with children on the actual models and instructions you see on the site. Even though they were all awesome, not all of them passed the rigorous testing LEGO performed. It was a great experience learning more about what goes on inside LEGO to produce a suitable set for release, and even getting tips from their own internal model and instruction designers.

Fun fact – the recent LEGO Digital Designer update was a direct result of some problems we encountered during this project. However, the future of LDD is still a bit of a mystery to me!

The Remake site is still considered a Pilot, and so it's future is uncertain. However, you can be sure that if it is successful then Rebrickable will continue to play a part.

A huge thank you to the Rebrickable designers that agreed to participate in this project. It was a lot of effort and I think we all learnt a bit more about the difficulties involved. Special thanks to Nicola Lugato for the extra time he spent in tweaking his amazing Blueprint instruction-generating software that most of the designers used, even finding time just after becoming a new Dad! And of course, thanks to the team at LEGO who were involved during this project – Kim, Julie, Tanja, Daiva, Tormod and the rest! 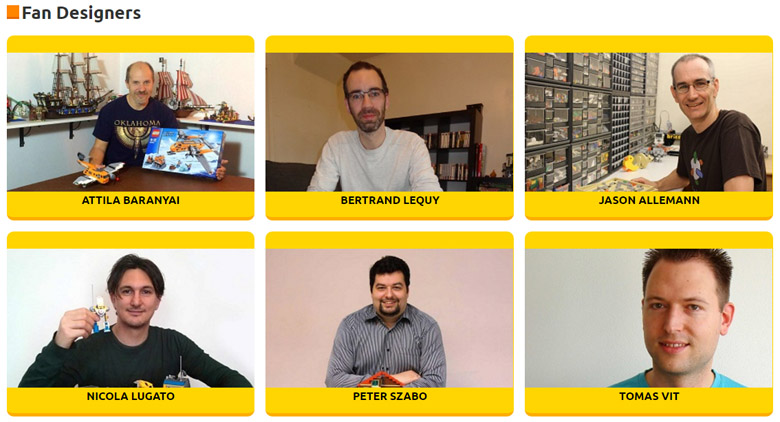 Not shown: Youngil Kim as his models are not on the site yet